We have last minute availability for 2-3 people to join this tour. You’ll visit the Italian Chapel, Maeshowe, Skara Brae and one of the stone circles. We’d be delighted to give full details.

We’re looking forward to the 2018 guiding season. We’re preparing by going away on a long planned expedition type holiday till March 28.

Sorry for any delay in tour requests.

Orkney weather in February isn’t always bad. Today we had a beautiful still day as this photo of St. Magnus Cathedral shows. 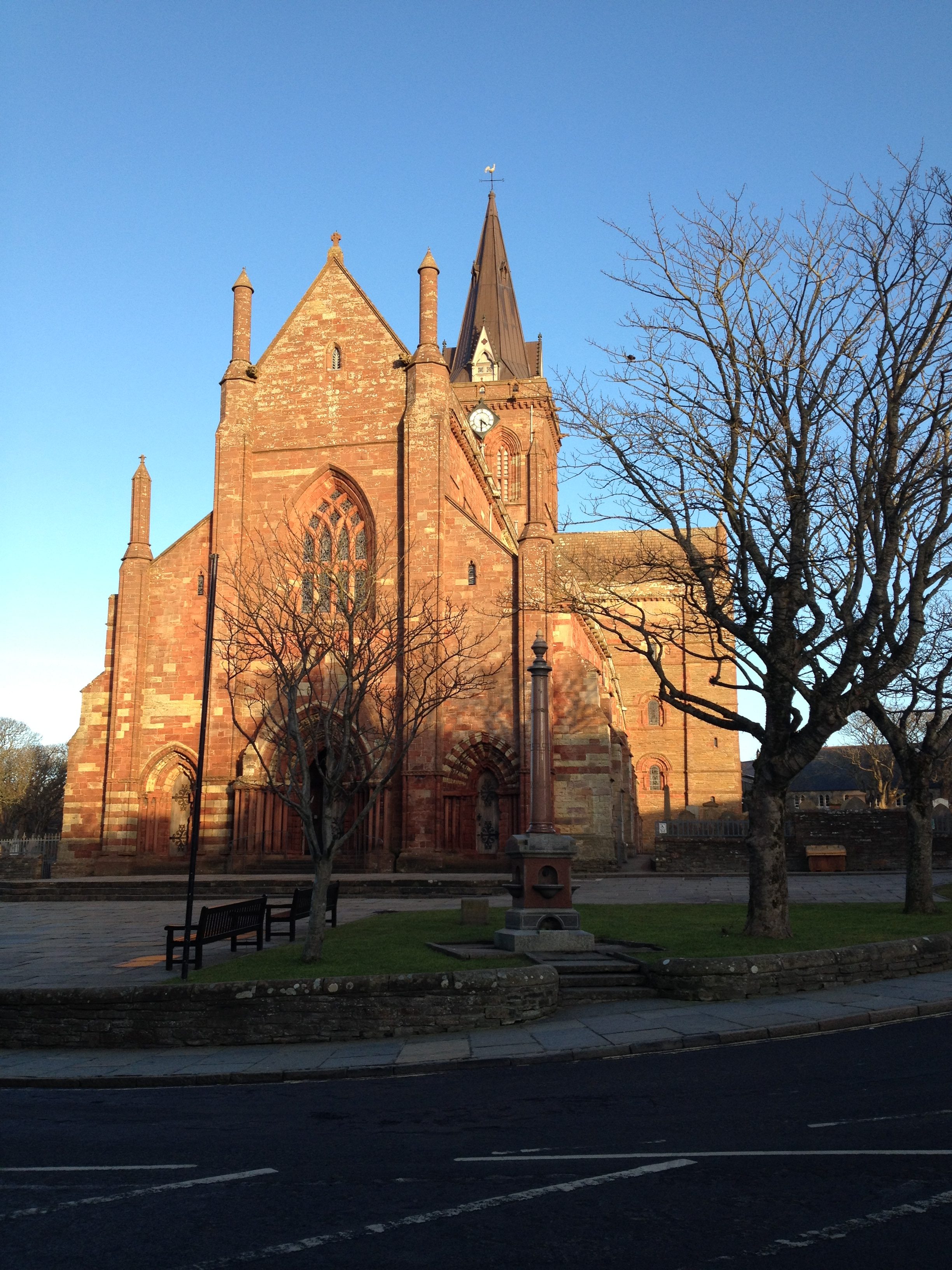 On 31 May Orkney will host the national commemoration of the centenary of the Battle of Jutland. As part of this, St Magnus Cathedral is the first venue in Scotland to host the very moving Poppies: Weeping Window between 22 April and 12 June. I’ve just been trained as one of the volunteer hosts. Earlier today, when walking the dog, was excited to see the exhibition arriving. 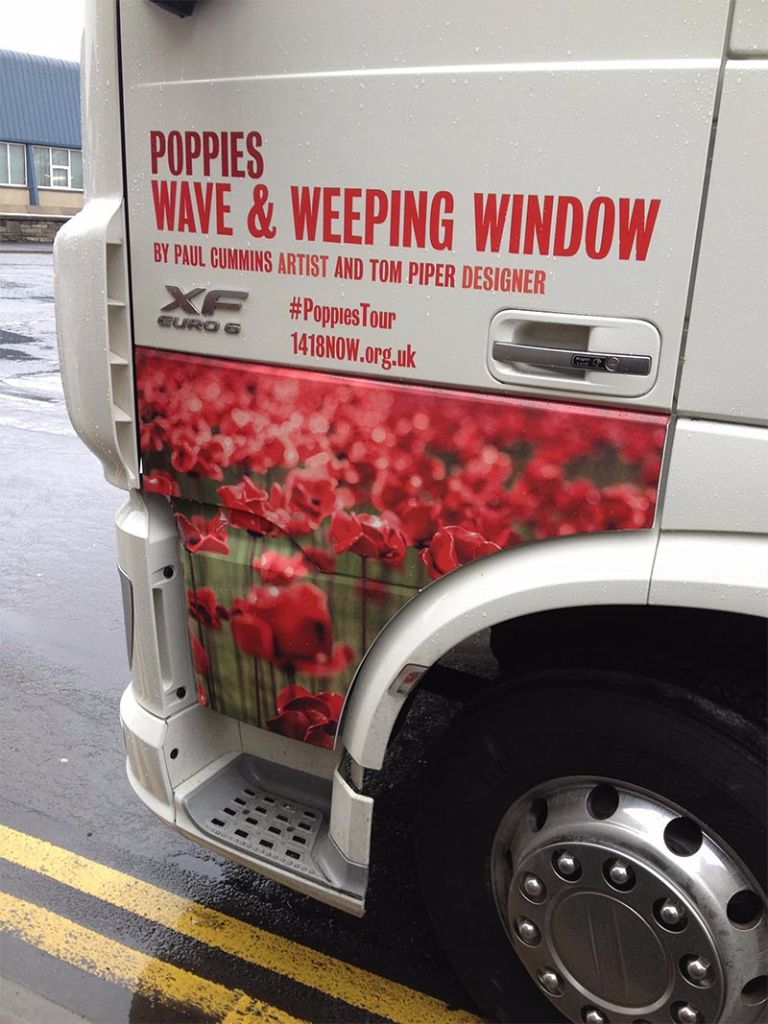 We’ve both been busy this autumn despite fewer visitors. Margaret was in the St. Magnus Players’ production of Oh! What a Lovely War performing in Kirkwall, Hoy (the Fleet’s wartime base in both wars) and Deerness. Penny Aberdein’s brilliant direction brought out both the tragedy and the humour of the script. 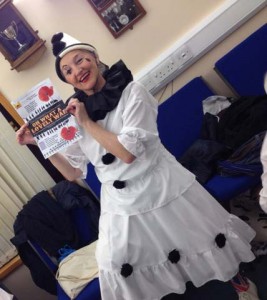 David  joined the Board of Orkney Heritage Society. This charity hopes to repair the Kitchener Monument and create a memorial to all those who lost their lives when HMS Hampshire struck a mine on 5 June 1916. Time is tight!

We’ve been stimulated by going on an Archaeology course run by the University of the Highlands and Islands Institute of Archaeology.

Last week we were  in Margaret’s home island of Sanday. We had a lovely ferry journey out with Kirkwall, and the spire of St. Magnus, illuminated by the setting sun passing the wartime coastal defences on Orkney Mainland and Shapinsay. Yesterday we had a superb walk along one of Sanday’s many fine beaches to the remains of the Utrecht. No wind or rain, despite what we’re wearing. 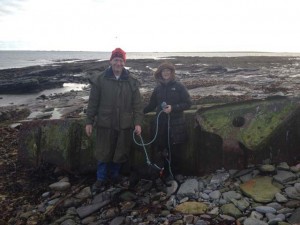 We organised a longer tour for one client, securing access to some unusual places. I also enjoyed guiding  Dr. Cartrite and a group of his Alma College students.  They asked a lot of stimulating questions – both to me and at a session I’d set up with one of the leading players in the Council’s Our Islands, Our Future campaign.

At the same time, a lot happened on the archaeology and World War I fields. Two World War I experts were in Orkney. Peter Hennessy described Orkney in 1914 as ‘the geo-political pivot of the world’ and commented on how awe-inspiring it would have been to be at Hoxa to see the British fleet coming into Scapa Flow almost 100 years ago in the days leading to the outbreak of war. Commander David Hobbs gave two stimulating lectures –  on how radical the strategy of concentrating the entire fleet in one place and on how difficult it was to organise such a large fleet.

The nautical theme continued at Orkney Archaeological Society’s AGM. Caroline Wickham-Jones, of Aberdeen University, described the rise in sea levels in the millennia before the creation of our World Heritage site monuments. Was the Brodgar peninsula chosen because the effect of rising sea levels was obvious there?

Over the last two weeks we’ve been to the fascinating Jorvik Viking Centre in York. We saw, heard and smelt a 1,000 year old Viking town. Really enjoyed it and were delighted to see the Scar Dragon  was used as an example of great Viking art.  The dragon was found on Sanday, Margaret’s home island and is the inspiration for our logo.

On 16 April, Margaret gave a reading at the annual St Magnus Day service in St Magnus Church, Birsay. Local tradition says this is where St. Magnus’s body was first buried, though some say it was in fact taken to another church on the nearby Brough of Birsay. It was very moving, though, to remember St. Magnus so close to the centre of Norse power and just before the 900th anniversary of his death. The Viking sagas record lights hovering above his grave.

In the last week Orkney has shown – again –  what a lively and interesting destination it is for anyone interested in  archaeology, food and drink – or all three! 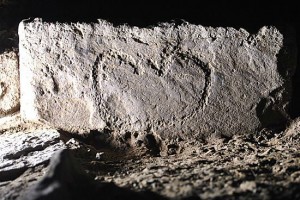 Colin Renfrew and Christopher Gee’s 2013 excavations at Smerquoy  are being carbon dated. The first results suggest one of their finds is a house that is amongst the oldest in Northern Europe – around 3,300 BC. They also found what we now know to be Orkney’s oldest decorated stone.

At the same time, one of our butchers, the Dounby Butcher, has become Scotland’s top butcher, winning the accolade at the Countryside Alliance Awards ceremony. Meanwhile Swannay Brewery’s Island Hopping cask ale has received a gold award from  the Society of Independent Brewers.

I’m sure there will be more exciting finds at our various digs this summer as well as opportunities to sample our award winning food, beers and malt whisky

All photos are copyright Charles Tait unless otherwise stated.